Over the last two decades, general sentiment around Africa has shifted from “afro-pessimism”, which prevailed in the 1980s and 1990s, to various nuances of “afro-optimism” since the start of the 2000s. 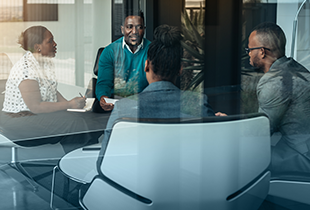 This change reflects an acceleration of annual growth rates in the region, which have increased from around 2.5% in the 80s and 90s to 5% in the 2000s and 4% since 2010. Along with Asian markets, African markets have been among the strongest and most resilient over the last two decades.

Among other factors (rapid urbanisation, growth in the middle class, etc.), this acceleration has been fuelled by greater commercial and in particular financial integration of Africa with the rest of the world. All types of financial flows into the region have grown rapidly since the mid-2000s:
- Total annual investment (comprised of the most “productive” investments, i.e. foreign direct investment (FDI), and portfolio investments, often more volatile) has averaged USD65 billion since 2012 versus under USD10 billion before 2000;
- Banking flows to Africa have also increased: the stock of international claims (cross-border claims plus local claims in foreign currencies) on African counterparties jumped from USD75 billion in 2000 to nearly USD200 billion in 2018.

With greater financial integration, however, has come increased dependence on these financial flows, as illustrated in particular by regional current account deficits which have now become structural (-4% of GDP on average per annum since 2012, versus a surplus of 3.5% on average between 2000 and 2008).

The acceleration of growth rates is still insufficient at present to ensure a catch-up with more developed markets in terms of productivity or GDP per capita, given that demographic growth remains strong (around 2% a year). Over the last 30 years, Africa’s GDP per capita has remained stable overall as a percentage of the US level, due to the combined effect of growth in the US and the structural depreciation of African currencies fuelled by recurring current account deficits.

For Africa to fully realise its growth potential, higher investment levels are needed. At present, total investment in Africa represents less than 25% of its GDP (stable since 2000), versus nearly 40% for emerging Asia (showing growth since 2000). As savings rates are structurally too low (or poorly “channelled” due to a lack of financial inclusion), international financial flows will continue to be vital to finance the region’s high investment needs in the years ahead.

As well as their level, the composition (or orientation) of these financial flows will be decisive. The growth in financial flows includes a significant increase in portfolio investments, which have predominantly financed African sovereign bonds issuances. The increase in banking flows also reflects an increase in the use of commercial debt by African states. These two factors reflect the fairly rapid increase in external debt in the region. Moreover, FDI have stagnated since 2008, and are not sufficiently targeted at the agricultural and manufacturing sectors.

Increasing the level of FDI and its diversification (probably by further improving governance levels – economic and political – which still lag behind other emerging regions) will be key to Africa’s future. It will allow the creation of a more balanced and resilient growth model that is less concentrated on a few ”pockets of growth”, such as extractive industries and major trade hubs. This new model must also prioritize agriculture, a further diversification of export revenues and more inclusive finance to gradually attract a larger share of the rural activity into the formal sector.

Societe Generale uses cookies to enhance the performance of this website, to improve your navigation, to gather statistics and to identify visits linked to media campaigns.
Some of these cookies are subject to your consent.
You can make your choice in a comprehensive manner or make your choices specifically in the order of your preference.
You can change these choices at any time.