A little bit of history unearthed!

Ever since it was founded in 1864, Societe Generale has left its mark on the urban landscape. And, occasionally, remnants of its past turn up in unexpected places…

A web user recently contacted us to inform us of a surprising discovery. Whilst walking through central Paris, at the corner of rue du Bac and rue de Lille on the Left Bank, they noticed some remains of a Societe Generale bank branch unearthed during renovation work on the building. It turned out to be a sign from the late 19th century on which was indicated the range of services available to customers at the time, and in particular safety deposit boxes. The Group’s Historical Archives helped us find out more about the branch’s history.

The location corresponds to the site of one of the very first branches opened by the Bank in the French capital. In accordance with the alphabetical ordering used to designate Parisian branches back then, branch D was opened following a decision taken by the Board meeting of 28 February 1865, i.e. less than a year after Societe Generale was founded by a group of entrepreneurs and financiers. The location is typical of the real-estate choices made by senior management at that time. The priority was given to dressed stone corner buildings standing on squares, boulevards or avenues where the urban fabric’s major hubs of activity were located.

In direct contact with savers and investors, the Bank added its personal stamp. The company name was displayed on the pediments or front window in large capitals or gold lettering, as was the capital, which was gradually increased as the volume of transactions grew. On either side of the entrance were marble slabs similar to the one observed by our friendly web user that indicated the services offered by the Bank (bank transfers, collection of bills of exchange, placement of securities, transmission of stock market orders, safety deposit vaults, etc.) Cast iron pillars allowed wide openings letting in plenty of light. The facades were in painted wood and had windows over 2m high that let light in whilst masking the view of the inside from passers-by. Lastly, posters with the intertwined S and G listed the various investments available to customers. In some branches, porters, amongst other duties, were available in the reception area. 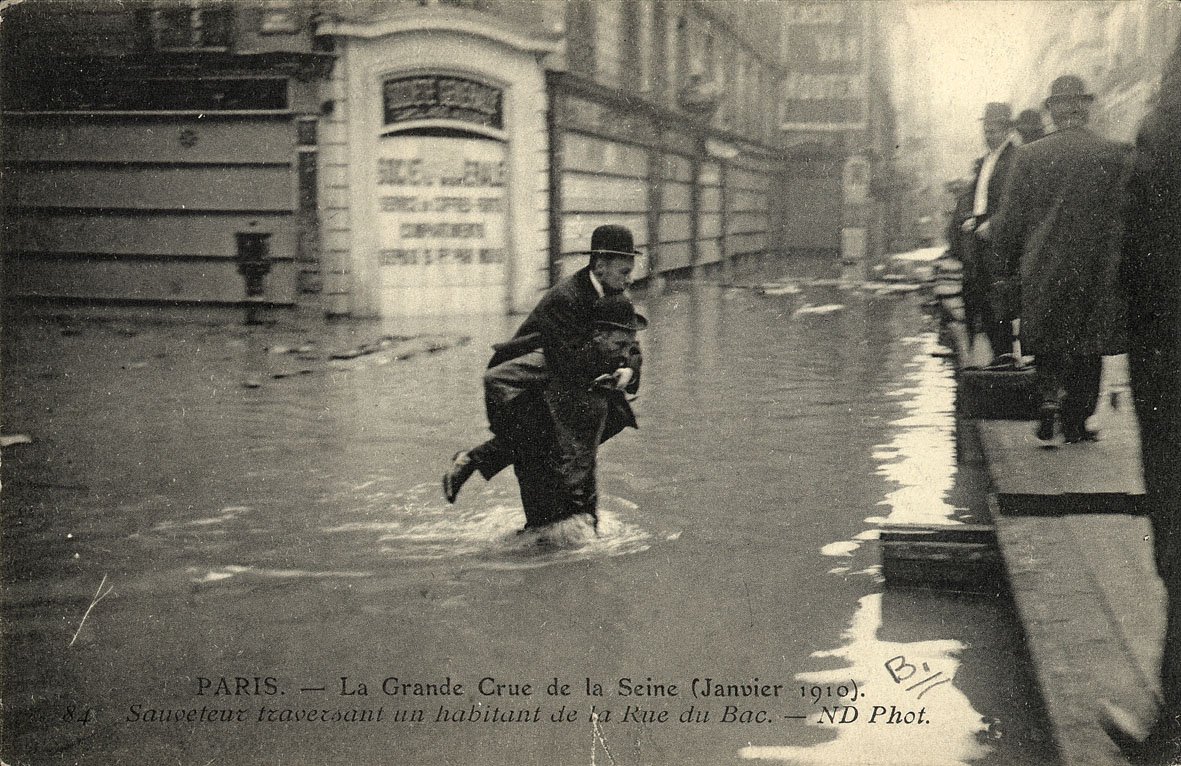 In January 1910, the Great Flood of Paris forced branch D to temporarily close. The staff used pumps and put up protective walls to try to stave off the catastrophe. Between the two world wars, the branch was one of the Paris region’s most active in receiving customer deposits. In July 1941, following a property transaction, the branch moved to 199 bis boulevard Saint-Germain, a short walk down the road and around the corner from the initial site, and became the current Paris Saint-Thomas d'Aquin branch.

Societe Generale uses cookies to enhance the performance of this website, to improve your navigation, to gather statistics and to identify visits linked to media campaigns.
Some of these cookies are subject to your consent.
You can make your choice in a comprehensive manner or make your choices specifically in the order of your preference.
You can change these choices at any time.